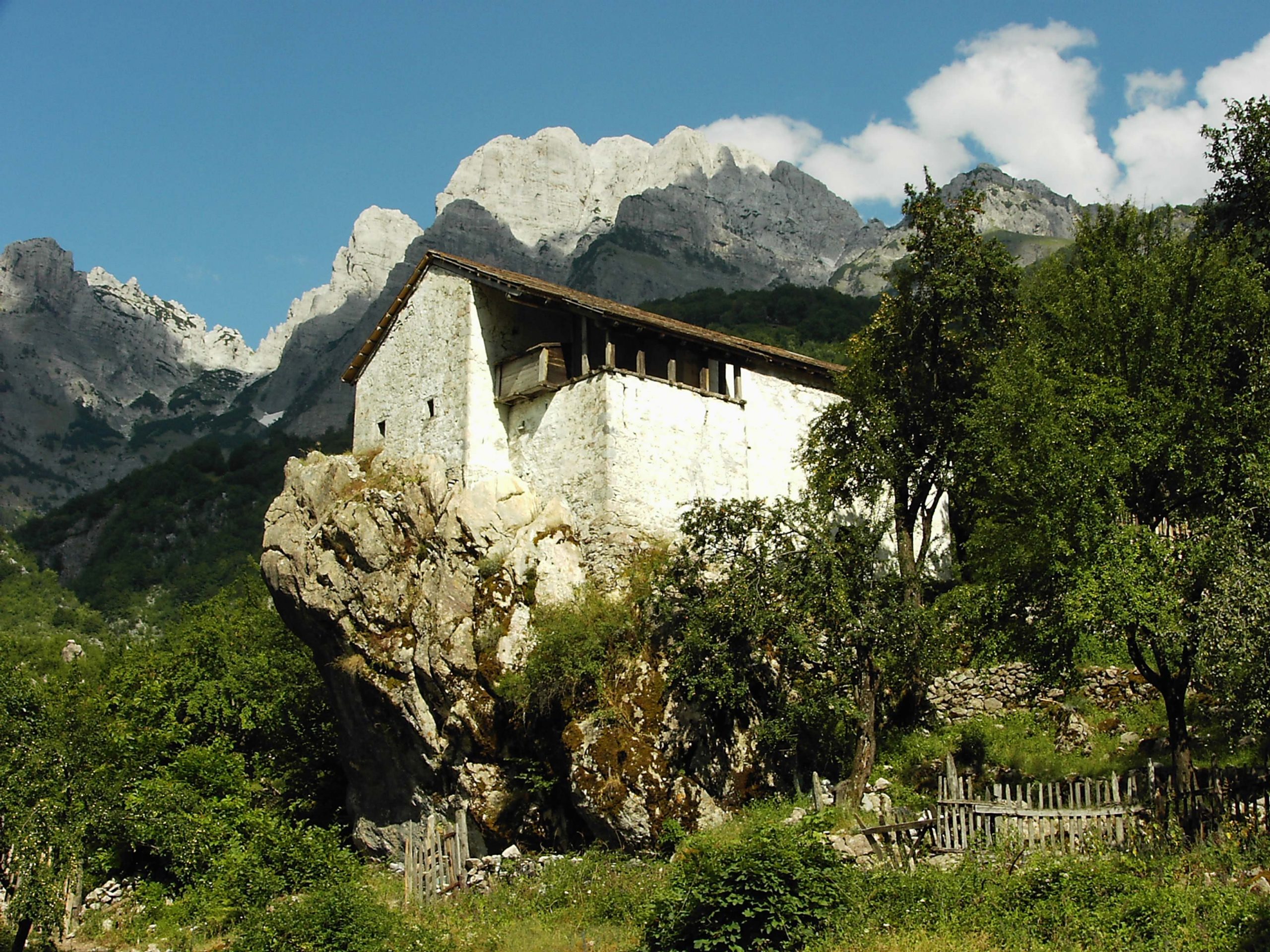 [vc_row][vc_column][vc_column_text]At the valley of Thethi, one can see buildings made of stone, standing tall and strong, which are known for their defensive character. One of the more unique towers is the tower of Lulash Keq Boshi, which was build at the top of a jagged rock, 9 meters tall, which is connected to the rock in an organic and functional way. The tower is placed near the fertile soil with a minimal construction which is a helpful environment for the growth of cereals. The tower is a semi floor with a horizontal expansion of 87 m2. On the north-west side, it’s the way to the underground floor where the cattle are kept.

On the surfaces of the first floor is the floor where you enter the building through some stone stairs. On the south-west side of the wall is found the small window called frangjia, which is built functionality and architecturally wise. Frangjia is a solid construction worked with sculpted rock that comes out of the tower walls. In addition to the below floor, where is the room where the family stay, it’s also found the guest room, which is higher up from the floor where the family lives. An unusual element of the guest room is the fact that it has a fireplace, wooden ceiling and is treated with a lot of care. Usually this room is nicer than other areas of the building. This shows the Albanian tradition of preparing the best for guests.[/vc_column_text][/vc_column][/vc_row]